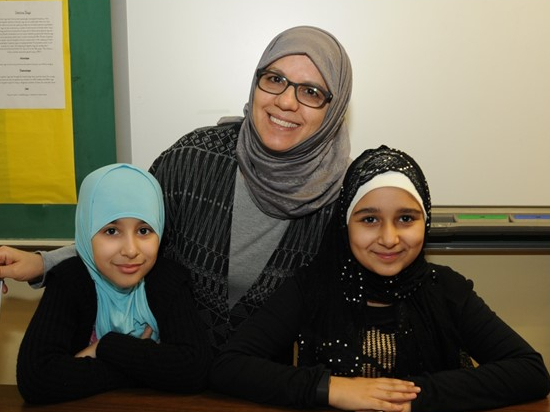 Hakima Taib boukhrissi was raised in Morocco. She lived her childhood in a city called Fes, known as the capital of knowledge in Morocco. She comes from a large Family of eight sisters and one Bother. She speaks fluently Arabic, French, and English. Hakima got her bachelor degree in Morocco from University of Science Fes. Her Major is Chemistry; and minor in physics and Math. She then pursued her higher education in France, where she got a Master in Electrochemistry, and Physical Science in 1990, after that her Ph.D. in Electrochemistry/ physical Science in 1995 from university of Paris 6 in France.

Laboratory research during both Master and Ph.D was performed at Ecole Normal Superieur (ENS) in Paris.

Moved to United state California on 1996. Passionate about teaching, she started her teaching carrier by tutoring and subbing in local schools. She moved with her husband and family to Italy for about a year then came back to United State Ohio where she decided to go back to school for a teaching degree. She got her teaching degree from Cleveland State University. She then taught at Saint -Vincent Saint-Mary High School Chemistry and Physical Science for college prep, Honors, and advanced placement classes. While teaching at STVM, she also did extracurricular activities with students including Science inquiry projects, STEM research experience, and NEOSEF.

Hakima was among Science Olympiad mentors team at Copley City Schools. She worked as a Lab Analyst at Summit environmental Lab Inc.

She also took care of ISAK Sunday school for many years both as a Principal, and as a BOED afterwards. She started teaching science at Faith Islamic Academy on 2016 where she had the opportunity, not only to incorporate project based learning in her classes, but revise the science curriculum to make it fit the 21st century learning requirements.

If you would like to discuss your child's progress or how we can improve their learning experience let's talk.